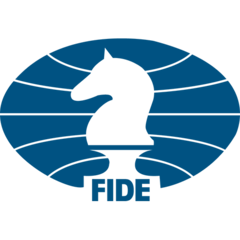 FIDE
“
FIDE as the locomotive of the international chess
— Аркадий Дворкович, Президент Международной шахматной федерации
The International Chess Federation (FIDE- translated from the French Federation Internationale des Echecs) is a global sports organization that unites national federations. It is responsible for promoting chess and organizing Candidates tournaments, World Championships, World chess Olympiads and other international tournaments; it bestows sporting titles and publishes official ratings of chess players. It was founded on 20th June in Paris and its motto is "Gens Una Sumus", translated as "We Are One People".
The post of FIDE President has been held by Arkady Dvorkovich since 3rd October 2018

FIDE headquarters is located in Lausanne, Switzerland, and its official languages are English, French, Russian and Spanish

FIDE contains 191 national federations and all members are entitled to vote at the General Assembly. Furthermore, several chess organizations are also members of FIDE, like the International Federation for Correspondence Chess, International Braille Chess Association, as well as some individual members who do not have voting rights.

Any national federation can become a member of FIDE as long as its activity does not contradict the Organization's Statute. All member federations possess equal rights and they are divided along regional lines; in 2019, there were 35 such zones. Each zone elects its own President, who represents it in FIDE debates.
Arkady Dvorkovich
FIDE President since 3rd October 2018. Chairman of the Skolkovo Foundation.
He was born into a chess family- his father was Vladimir Dvorkovich, international chess arbiter, an acting Secretary of the USSR Chess Federation and the chairman of the arbiters' association of the Russian Chess Federation.

Arkady Dvorkovich has taken part in Russia's chess life for more than 15 years. He was Chairman of the Supervisory Board of the Russian Chess Federation from 2010-2014